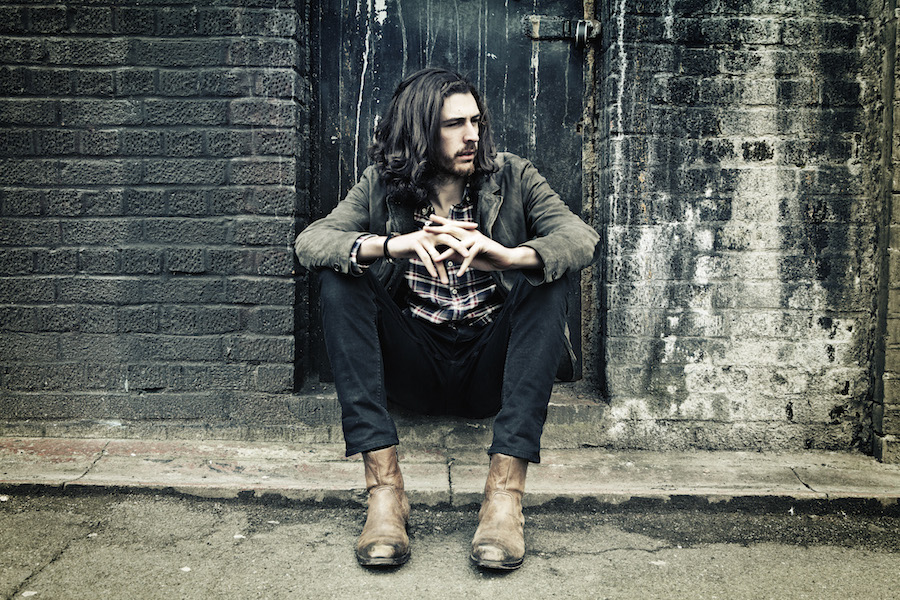 It’s been a pretty decent year for Hozier, some might say. OK, so it’s actually been a rather mind-blowing, incredible 12 months for him.

Born Andrew Hozier-Byrne, the 24-year-old Irish singer-songwriter has rocketed to international acclaim on the heels of his breakout single “Take Me to Church.” And he won’t be slowing down anytime soon.

It was only in March of this year that I saw Hozier perform for a small crowd during SXSW at St. David’s Episcopal Church in Austin. He still remembers that show “because it was different and away from all of the craziness of South By.”

Unfortunately for fans—but not so much for Hozier—small, intimate shows like that aren’t on his itinerary for the foreseeable future.

Speaking with me before heading to Lollapalooza in Chicago, Hozier reflects on just how much things have changed in such a short amount of time. A year ago, he was largely unknown outside of Ireland. “It’s crazy,” he says. “It’s one of those things where you keep waiting to wake up.”

His rise over the past few months meant that he also had to spend his 24th birthday—which happens to fall on St. Patrick’s Day—in Los Angeles. And while it was hard being away from home, Hozier admits it definitely had its perks.

“I had a gig the night of the 17th,” he recalls. “So I went out on the 16th a little but on the actual day, I did the show and the crowd knew so they sang me ‘Happy Birthday.’ Well, after that—my manager is good friends with Joe Elliott of Def Leppard, so I ended up having a few drinks with Joe while he told stories. It was incredible, a great way to spend a birthday. And I also experienced my first earthquake that day. I didn’t know what was going on, feeling the earth literally shaking under me. I don’t recommend that.”

Since then, Hozier has had his share of other “incredible” moments. From massive festival crowds to performing Saturday Night Live to having his first album debut at No. 2 in America, the singer continues nabbing key benchmarks and reaching bigger audiences. In fact, his fall North American tour sold out before it even began, prompting him to add an entirely new tour for early next year.

"Suddenly we were getting like 10,000 views an hour. I remember that night when I first found out, it was kind of scary and overwhelming. I stayed up all night just watching the hits, just in awe.”

As his profile swiftly rises in the States, Hozier acknowledges he’s a shining example of the power of the Internet, which enables unknown singers in County Wicklow, Ireland, to essentially share their talent with the world.

“It’s powerful; there’s no denying that,” he admits. “I remember the day when someone first told me ‘Take Me to Church’ had hit the top page on Reddit. I didn’t even know. We had uploaded it to YouTube and someone who was an acquaintance of my brother put it up on Reddit, just saying his friend has a brother who made this video. I guess he thought it was pretty good. And then suddenly we were getting like 10,000 views an hour. I remember that night when I first found out, it was kind of scary and overwhelming. I stayed up all night just watching the hits, just in awe.”

While his own success has been quick, Hozier insists it’s also been important for him to know when not to rush things.

“I was always glad I took my time with my first EP,” he says. “I was in the middle of other projects and I could have given in and rushed myself but I waited until I was close to it and I felt good about it. I didn’t want to release something unless I could proudly stand over it and say, ‘Here you go.’ If you’re putting your name on it, take the time and do it right. That’s how you grow.”

"If you’re putting your name on it, take the time and do it right. That’s how you grow.”

As for putting his name on something, Hozier was met with a bit of a challenge back in July when British girl band Neon Jungle released an album featuring covers of “Take Me to Church” and BANKS’ “Waiting Game,” months before the original artists’ own albums arrived.

“There are many ways to look at it,” Hozier laments. “I know it even happened to Bob Dylan with several of his songs. But it’s entirely legal because the song has been published already. It’s a shame that Neon Jungle isn’t writing their own stuff, and while I’m flattered, it would have been nice to properly release it myself on my own album. I feel more for BANKS because I think she was completely blindsided. But she is such a unique artist. I mean, wow. No one can do it like BANKS. She’s inimitable really. Or at least that’s how I see it.”

In many ways, Hozier’s album is truly a snapshot from his vantage point. Although told through the lenses of what he describes as “characters,” the singer’s sentiments are still reflected. That’s abundantly clear in “Take Me to Church,” a sort of “losing your religion song which also happens to be about sex and love.”

The video, which has racked up more than 15 million YouTube views in just over a year, focuses on a relationship between two young men and takes aim at homophobia, inspired specifically by Vladimir Putin’s anti-gay laws in Russia and the extremists who have resorted to violent acts against the country’s gay youth.

“They call themselves ‘Occupy Pedophelia’ and they’re luring young kids with fake social media profiles,” the singer explains with urgency. “Then they show up and trap them and kick the shit out of these 15-year-old kids, terrorize them basically. And they post the videos online to humiliate them and out them. For some of these kids, who are already so vulnerable, being outed in a small Russian village could mean death.”

The clip has elicited a passionate response from those who share Hozier’s convictions and many who do not. And while he wasn’t necessarily trying to spark controversy, he suggests the same-sex marriage debate emboldens the similarities between government and religion.

"They’ll tell you, ‘Love the sinner, but hate the sin.’ There’s no room for love and for compassion.”

“One way of maintaining yourself as a powerful entity is to have people feel powerless and afraid, so that they’re unable to see their true potential and worth,” the singer explains. “Russia and China are the extreme, but the more power the entity has, the less power the people have. And it’s the same in Ireland and even America for the church. They’re not going around beating gay kids, but they’ll tell you, ‘Love the sinner, but hate the sin.’ There’s no room for love and for compassion.”

As Hozier’s music continues to resonate with new fans, it’s likely this is only the beginning of a lengthy career. But the young singer is making sure not to get ahead of himself.

“There’s a lot I still don’t know,” he admits. “When you’re playing the same stages your heroes played—and in some cases, on the same day—it’s easy to get caught up in the moment. I’m grateful people are giving this kid from a small Irish town a chance, but I’m also trying to remind myself not to take any of it for granted and keep focusing ahead.”