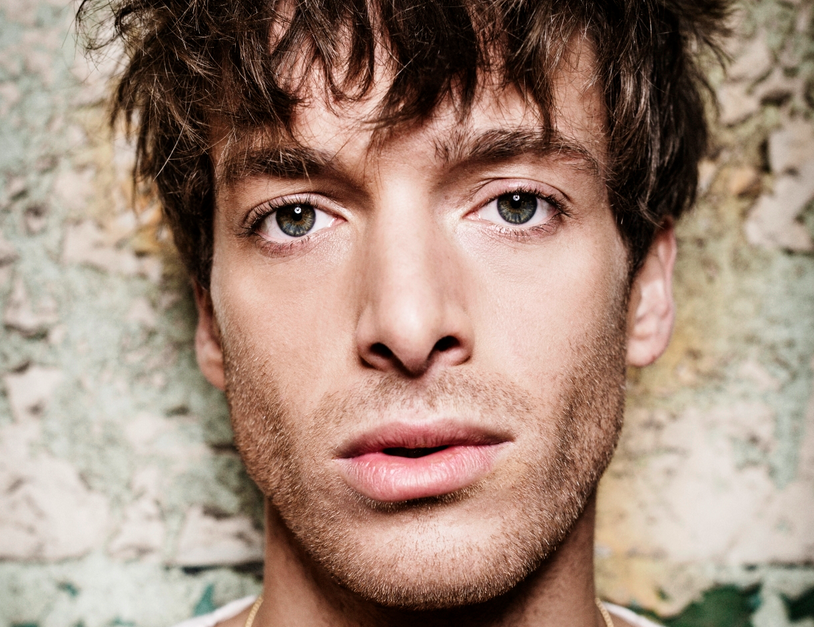 It’s been five years since Paolo Nutini released his last album, 2009’s Sunny Side Up. But to say he’s simply picking up where he left off with his new album doesn’t exactly provide the full picture, because a lot has happened since then.

Having recently released his third LP, Caustic Love, the Scottish crooner believes he needed his “ambition to catch up with my ability,” explaining that after two albums and corresponding tours, he always has “ideas running ideas through my head. I always have a voice recorder ready. That’s actually how this album started. But there’s so much to consume. You start with one song and then another, the artwork and everything else. You can get carried away. And it was important for me this time to sharpen my skill and really find my place in this crazy industry.”

It’s also because of this industry that Caustic Love was released in the States five months after it arrived in Britain, something Nutini has mixed feelings about.

"As artists, I don’t think it ends. An album lives forever."

“It’s a funny one, how album releases work,” he says, calling from London before flying back to America. “You put it out and then it all just goes through this machine. I’ve been through it before and it’s created a lot of opportunities for me and given me the chance to play in so many wonderful places. But I never feel like you start or stop, so it’s a weird sensation for me personally, because I know record labels look at album cycles; that’s how they plan promotion and marketing. I don’t live by hype though. As artists, I don’t think it ends. An album lives forever. If I could, I would release small EPs between albums, whenever I want. But being on a label, you have to figure out what works for both sides.”

While staggered album releases have their pros and cons for many international artists, Nutini is having quite a year already. Caustic Love is currently the fourth best-selling album this year in the U.K., behind only new releases from Ed Sheeran, Sam Smith and Coldplay, respectively. Various critics have also declared this to be some of the best songs of Nutini’s career.

“I try not to think too much about what the critics say,” the singer admits. “Although I appreciate that people are enjoying the music. I’ve tried to make it a point not to take myself too seriously. During the highs and the lows, you can never take yourself too seriously or you risk getting stuck there. You can’t get invested emotionally in a good review because that’s not why you make music. So for me, it’s important to always move forward.”

Part of his restraint is also due to his heftier profile in the U.K. and Europe, where he’s faced a number of detractors. “I’m also still learning how to deal with praise and criticism from the press. I honestly don’t know if I’ll ever fully be comfortable with it. In the U.K., there are some who wrote me off rather quickly and others who are still suspicious of me,” he says with a laugh.

It’s not only the press singing his praises this time though. Even Adele—who’s notoriously quiet on Twitter—watched Nutini’s live recording of “Iron Sky” at London’s Abbey Road and immediately tweeted that it was “one of the best things I've ever seen in my life hands down.”

The powerful clip is driven perhaps by Nutini’s own personal connection to the track, which features an excerpt of Charlie Chaplin’s speech from the 1940 political satire film, The Great Dictator. And on an album all about the power of love, the singer offers a very gripping look at reality.

“When I look around at the world at this very moment, there’s so much happening that makes me pause,” he says with a sense of conviction. “If you really think about how we’re slowly—or actually, rather quickly—becoming more reliant on machines and devices instead of people. And the wars going on, no one wins. It only leads to more war and more catastrophe. It makes me wonder where we’re heading as a society and the kind of world our children will live in.”

Although the 27-year-old has no children of his own, he definitely spent plenty of time thinking about the future between records.

“Some of my friends had kids and it made me think, if I were ever to become a father, I needed to know a few things,” he recalls. “I didn’t even know how to drive, so I learned how to drive and I learned to do things with my hands, fix things. I spent time with my friends and family, I got high and just enjoyed life.”

After spending two years on the road in support of his last record, the singer explains that he didn’t necessarily need to get away from his craft so much as he needed to experience life from a different view in order to improve it.

“I was at a point where I could see myself becoming kind of wrapped up in my own fucking First World problems,” he admits candidly while laughing. “I would complain about things that didn’t matter—little, shitty things. The food selection at an expensive restaurant or the shower being too cold in my hotel room. I needed a dose of reality. I wasn’t too far gone or anything, but I needed to be back home and with the people I loved and outside of this music world.”

Of course, it wasn’t long before the music was calling him back. But Nutini admits he’s still figuring out where he belongs. Sure, his 2007 single “New Shoes” made its way into American pop culture and TV ads, but he doesn’t see his music as being “the infectious, radio kind. I don’t really think that’s my talent, making big pop songs. But that’s OK.”

According to Nutini, who suggests he’s still signed to Atlantic Records for two more albums, he’s not all that concerned with genres and charts so long as he’s making progress in his own personal journey.

“I think that’s why it’s so important not to get stuck or settle,” he explains. “Good reviews, bad ones. Radio hit, no hits. I know there are probably a lot of different things I could or should do with my music or my career, but if I’m not making music that’s honest and true to myself, I think I would eventually hate it. If I wanted to be a popstar, I probably could have written something different a long time ago. But when I put out this album, this is from my soul. It’s true to who I am. And that’s enough for me.”