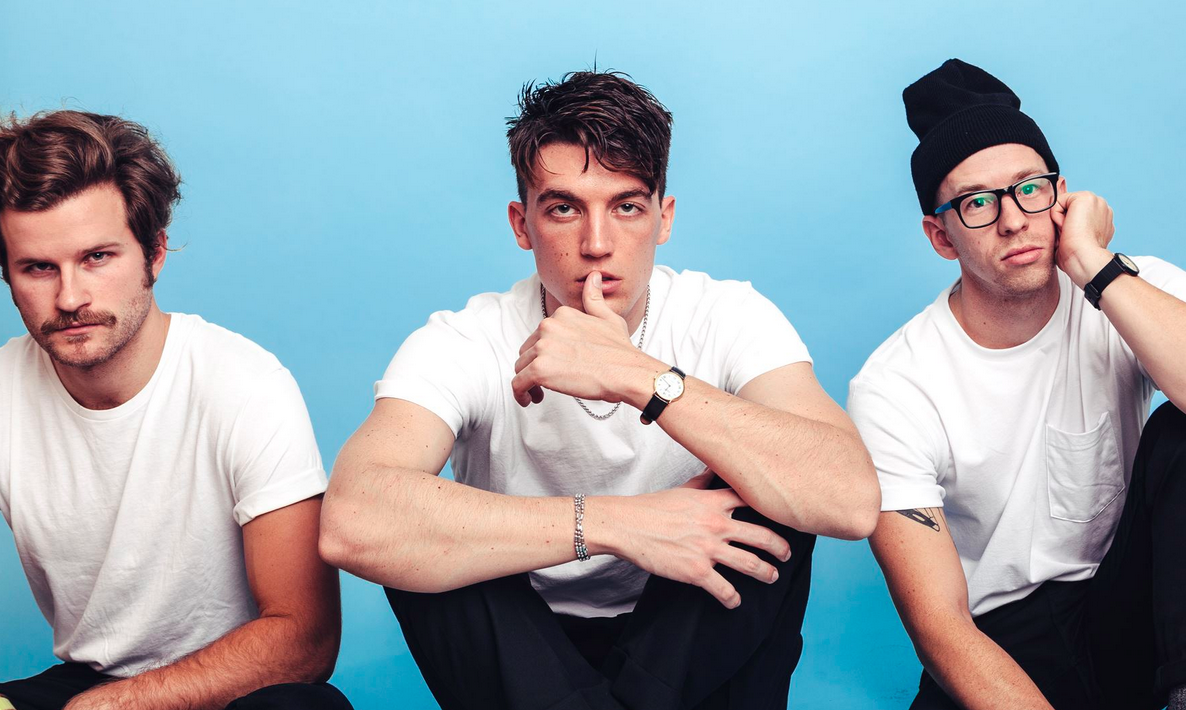 This time last year, Paul Klein, Jake Goss and Les Priest (better known as LANY) were making music in hopes of one day playing Austin’s SXSW, one of the largest music industry gatherings on the planet. A pipe dream of course.

A year later, the fast-rising pop trio—and one of our reigning 2015 FutureSounds—has racked up millions of plays online, is fielding offers from major labels and just wrapped a string of buzzworthy shows at, where else but, SXSW.

The group admits it’s unreal to think about, discussing their rather quick journey with Variance on the morning of their final show in Austin.

“We wrote our first two songs last year when South By was going down,” vocalist Klein recalls. “It was kind of like, ‘That would nice to be there someday.’”

After releasing their first two tracks (“Hot Lights” and “Walk Away”), the band started getting emails from labels in the U.K., which came as a surprise because “when we put them on Soundcloud, we didn’t ‘follow’ anybody or play that game,” says Klein. “We only put them on there so they would exist and we would have an easy link to send someone if they asked.”

Motivated by their mild reception thus far, the group of friends created their three-track Acronyms EP, including their breakout single “ILYSB,” which quickly resonated with fans.

“We weren’t really expecting that at all,” says drummer Goss, with Klein admitting: “We actually thought ‘Made in Hollywood’ was going to be our best song; that’s why we saved it. We thought, ‘We’ll release Acronyms and then we’ll hit ‘em with ‘Made in Hollywood.’”

“Oh, we thought we had it all planned out,” Goss reveals while laughing. “But that’s what great about this, is that so much of what’s happened hasn’t been what we planned.”

In fact, they originally only intended to record a pair of songs together and then go on about their lives. Goss and Priest were living in Nashville working on music together, while Klein had previously tried a solo gig before finding success in modeling.

“When [Klein] came in for the first two songs, we were all really good friends and we thought it would be fun to put down two songs and that’ll be it,” Goss remembers. “Like, ‘I’ll see you in a year if I visit L.A.’ But then we did the first two tracks and something clicked. Les and I decided, ‘Let’s just get out there and do it because this is what we’ve wanted.’”

So they packed up and headed for the West Coast. “And now we’re all in L.A. in our little one bedroom house,” Klein reveals, emphasizing: “Really, we all sleep in the same room.”

It’s a humbling admission for one of the Web’s most buzzed-about new groups, who just played major showcases for the likes of Yahoo! and YouTube in Austin. But as Goss puts it, “We just believe in it 100 percent.”

“And we’ve been so good at working with what we’ve got,” adds Klein, praising Priest’s production savvy for “turning a Dell tower into magic. So we might have limitations, but they’re not really limitations. And we don’t take anything in yet. Everything we’ve made as a band goes back into the band. That’s why we were able to come down to South By. We probably couldn’t hop on a tour with somebody tomorrow because that takes money, but we’d find a way to make it happen.”

Klein admits that if someone like rising pop starlet Ryn Weaver were in need of an opening act, “We’d be all in. We saw her play [at SXSW] and, wow, we’d love to go on tour with someone like her. She’s amazing live. We feel like it’d be very cohesive.”

While the future remains unclear for the band, they all agree a full-length record is on the agenda for later this year, as they already have several new songs in the works.

According to Goss, the current plan is to release the album independently. “But we’ve seen how things change. We’ll evaluate as we go, but we’re committed to doing this, if it’s just us or with a label.”

“Yeah, we’re not stopping,” Klein says as his bandmates are all smiles sitting next to him, acknowledging their solidarity. “We’re in this for the next—10 years. Or whatever. We’re going hard for the long term.”

“There’s no quitting until we’re playing stadiums,” Goss sheepishly declares, half-aware that given their unforeseen accomplishments so far, they already know there’s no such thing as a pipe dream.