What the fun. is Going on with American 'Pop Music?' 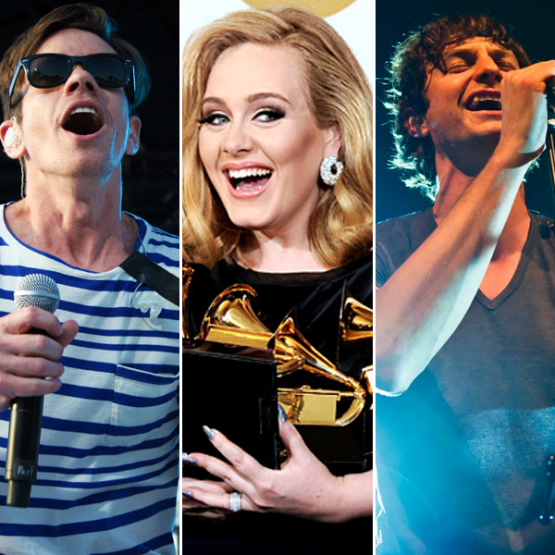 An interesting thing happened this week. For the first time ever, the top two songs on the Billboard Hot 100 are tracks that also placed in the Top 10 of the Alternative Songs chart. Since the Alternative Songs' inception in 1988, that has not happened until Wednesday, when fun.'s "We Are Young" feat. Janelle Monae and Gotye's "Somebody That I Used to Know" feat. Kimbra placed Nos. 1 and 2, respectively.

As labels continue to crank out the familiar pop tunes, songs that would traditionally be considered "niche" are dominating the pop charts (and pop radio), while some songs that are most certainly "pop" seem to be a little more "niche" than usual.

Case in point: Justin Bieber--the epitome of 21st century pop--released his highly-anticipated new single, "Boyfriend," which debuted on last week's charts at No. 2, behind "Young." Although an impressive start (and Bieber's highest-charting single to date), this week fun. maintains its hold on the top slot, as the Biebs lost his second place standing to Gotye, with "Boyfriend" slipping to No. 5.

This week, Nicki Minaj's Pink Friday: Roman Reloaded gave the rap artist her second No. 1 album, taking the title from last week's placeholder, Madonna--whose MDNA dropped a staggering 86.7% from 359,000 units in its first week to 48,000. This gives the "queen of pop" another distinction, as she now holds the record for the largest second-week percentage sales drop for a No. 1-debuting album.

Interestingly, neither Minaj nor Madonna will take the crown next week, as industry insiders predict none other than Adele's 21 will return to No. 1 for a 24th stay. For 58 consecutive weeks since its February 2011 release, it has not left the Top 10, where it still poses a challenge week-to-week even for much newer albums.

Anyone paying attention to music or radio this past year is well aware of Adele's success, but what do current trends say about American pop music? Is the definition changing?

According to Gotye, yes.

“I think a large group of people are sick of the highly sexualized, auto-tuned pop or really heavy R&B that has defined the American pop landscape," the Australian musical phenom says, speaking to Variance for the April cover story. "Labels have been more open to music that is more organic-sounding or doesn’t fit into the current pop mold.”

Even Steven Tyler is taking note. Following a cover of Gotye's "Somebody" on American Idol this week, the Aerosmith frontman revealed that he currently has the song looping on his iPod, further stating: "That's all over the world right now--that song's changing music."

American pop is still very much defined by the Justins and the Nickis, but even as fun. continues its dominance (having the best-selling single of 2012 so far), another hole in the "pop mold" is growing, as plenty of non-American musicians enter the U.S. charts.

Yes, there's Adele, but there's also Jessie J, Ellie Goulding and several others making headway. In fact, this week alone, of the Top 5 on Billboard's Hot 100, only two are from the U.S. (fun. and Bieber). Gotye, The Wanted and One Direction are from outside of North America.

Some might say pop music is still the same as it's always been, but take a closer look and there are certainly changes taking place. Boy bands might be making a comeback (to the dismay of some and to the relief of others), but genres are blurring and "indies" are crushing powerhouses. In the end, all the back-and-forth is good for the music industry--and it's good for the listeners. Good things are happening in music.

What are your thoughts on the shifts in the charts?