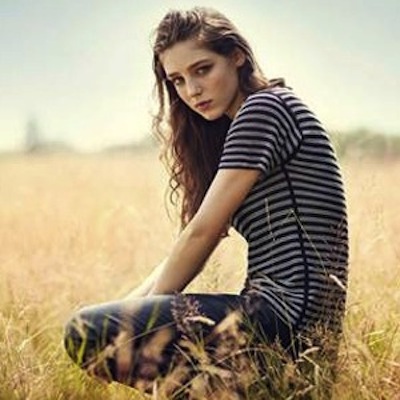 Following her 2011 self-titled debut in, 17-year-old Birdy (aka Jasmine van den Bogaerde) is making her way back into the States again with fresh, new material.

The young British singer first revealed her new single "Wings" before dropping her Breathe EP, a collection of new and old material. She released her sophomore record, Fire Within, last month in the U.K., but that album won't arrive in the U.S. until 2014.

In the meantime, she recently took time to talk with Variance about the new record and how she's been balancing her life as a teenager with global recognition. While she's undoubtedly been eager to release this new material, she admits the wait has been worth it.

"It’s been nice to have time to do cover albums and to have time to kind of develop my own sound," she said. "It's great to then have no fears, not releasing an album until it really feels ready, which it is now."

In many ways, the forthcoming record is her proper debut, having included mostly covers of her debut collection. This is the first time many fans are actually discovering the depth of this young talent in her own words.

"The songs are really inspired just by change in the past two years," she revealed. "I think I felt a bit more confident in the studio just because of having done it before for the first album. So I really knew what was happening this time."

While her original material does indeed offer a reflection her own life, she's been careful not to reveal too much, so that listeners find their own connection with her music.

That's not to say the singer didn't divulge in the process, admitting that had to step out of her comfort zone a bit when it came to "Wings," a song she co-wrote with OneRepublic's Ryan Tedder, the man behind mega hits from the likes of Adele, Beyoncé and Maroon 5.

“It was really strange for me," she confessed. "I had never done anything like that before, writing a song that’s so personal, but meeting someone for the first time. Suddenly, you're sharing your ideas with them; it is quite weird. But I actually loved it and working with Ryan Tedder was so amazing, just to hear his take on my ideas and what came to him after hearing them.”

The album also includes co-writes from Sia and Ben Lovett of Mumford & Sons, as well as several others. And after the material she's previously offered, it looks like 2014 is going to be a great year for Birdy.

Fire Within arrives next year in the U.S., but the Breathe EP is out now.