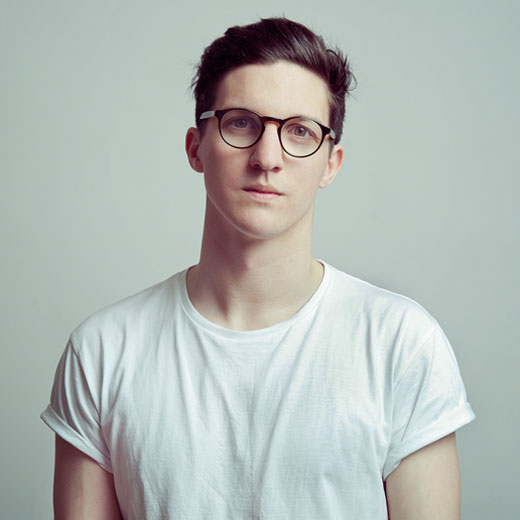 Following the release of his From Nowhere EP, Dan Croll is preparing to release his debut album. But he’s got plenty on his plate until then.

Hailing from Liverpool, the British singer-songwriter sat down with Variance in Austin following his performance at Austin City Limits Music Festival.

“It’s been a busy time,” Croll explained, knowing he’d been jumping back on a plane following this interview. He just finished dates at CMJ and is currently touring with Bastille before trekking Europe in support of Imagine Dragons. But between his hectic schedule, he’s still taken time for himself, recalling his dedication to Breaking Bad, which recently ended its run on AMC.

“We saw it in Chicago—we all sat down and watched it. And, man, it was perfect. It was great,” he said with glee. “[The show was] just relentless; you’re just like, on the edge of your seat, from the first episode right through to the last. It was amazing.”

It’s not just American television that has grabbed Croll’s attention though. “Growing up in the U.K. and gigging there for years, it’s great. And don’t get me wrong, I love it, but there’s something very excited about being in a completely different country—in America—and having people sing the words with you and connect with your music.”

It’s already been a great year for Croll, who’s seen his debut single, “From Nowhere,” gain traction globally, in addition to contributing to the FIFA 14 and Grand Theft Auto V soundtracks, which he says “blew my mind.”

But with a newly released single in the form of “Home,” Croll is gearing up for something even bigger: his debut album.

“We’ve got it pretty much ready,” he said of the record. “We’re just waiting to release it, but we’re aiming to release it about mid-February. I can’t wait for people to hear it. I’m really excited about what comes next.”

For Dan Croll’s tour information, go to his website. Watch his video for “Home” below.