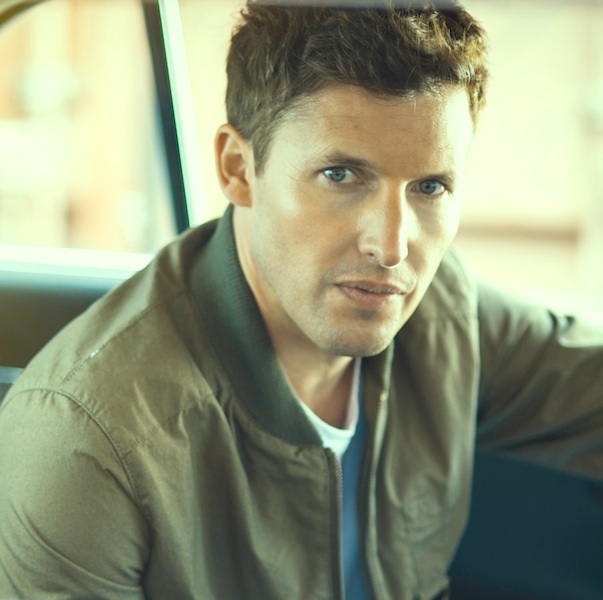 Editor's note: This piece first appeared in its original form in the new issue of Variance. For the full version, click here.

After taking a break and regrouping a bit, James Blunt is returning this fall with his fourth studio album, Moon Landing. Despite the title, his latest effort is some of his most honest, grounded work to date, admittedly culled from a very personal place. But it’s also about getting back to basics for the singer who first erupted onto the music scene in 2004 with the No. 1 single “You’re Beautiful.”

With a lofty 17 million albums and 20 million singles sold worldwide, Blunt returned to his roots this time around, working once again with Tom Rothrock, the producer behind his debut record, Back to Bedlam. And together they recaptured some of that magic—that haunting genuineness—from the days before songs like “You’re Beautiful” and “Goodbye My Lover” catapulted Blunt, as he jokes, “to a dirty place called ‘mainstream.’”

“The journey to this record was deeply personal, sometimes painful,” Blunt reveals to Variance. “For the last album [Some Kind of Trouble], I wrote it for an audience. It was great, it was wonderful. We spent time touring and performing, all that stuff. I felt like my teenage dreams had all come true, standing on stage performing as people sang back the lyrics. But at the same time, it’s not entirely rewarding when you’ve written songs about or for someone else, instead of giving of yourself. I knew this time had to be different.”

And it really was different, according to Blunt, whose Back to Bedlam stands as the U.K.’s best-selling album of the 2000s decade.

“This, for me, wasn’t about outperforming anything or anyone. I know I could have tried all sorts of tricks, but it didn’t feel right,” he admits. “I wanted to let the vocals be heard—let the lyrics be heard. I got back in the studio with Tom again and we found that old charm. I think this album has been coming for some time, I just didn’t know it.”

For an artist with multiple GRAMMY nominations and countless accolades, a man who’s performed before thousands, Blunt says Moon Landing was hardly a cakewalk.

“I remember just staring at the blank walls [in the studio] and trying to connect,” he recalls. “I was trying to envision the audience and I told Tom, ‘I know they’re out there, but I can’t see the whites of their eyes and I can’t connect.’ I kept waiting for that moment like when I’m onstage and I can see the audience, and I can look into their eyes. In the studio, it’s just a blank wall. It’s as if they’re on the other side of the wall and I can’t make that connection. So I looked at my producer, my friend, and I said, ‘Tom, I’ve been doing this for years. I shouldn’t be struggling like this.’”

Eventually, Blunt realized he had been looking in the wrong direction. Rather than looking outward, seeking his audience, he needed to look inward. And it was then that it all started to come together.

“I was in the vocal booth, Tom was in the control room and I was looking through that glass between us, and it was honestly as if that glass became more like a mirror,” he remembers. “I could see myself in it. So instead of an audience, you’re speaking to yourself. And you can’t lie to yourself. There’s no posing or posturing when you look at yourself. You know what’s truth and what’s a lie and what’s honest. It was truly the most amazing experience.”

Despite his success and the industry’s tendency to keep musicians constantly at the forefront of fans’ minds, as if they’ll forget about them, Blunt agrees with Phoenix’s Deck D’Arcy, who in April told Variance that the band “needed to go away for a bit” so that fans could wonder and they could have time to create a record worth releasing. 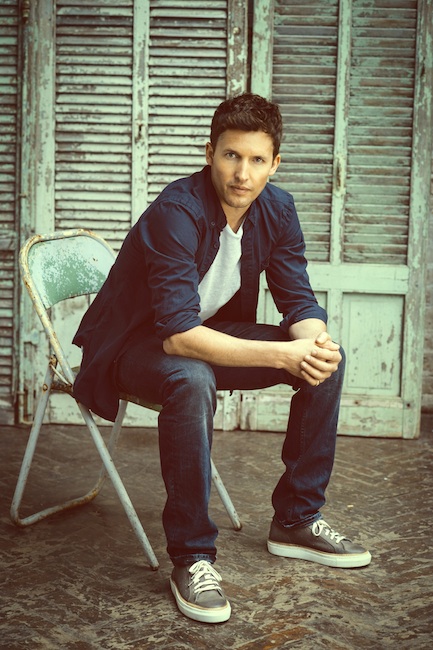 “It’d have been great if I had the guys from Phoenix writing songs for me,” jests Blunt. “But when you’re writing your own music, you can’t just constantly be putting out new material. It takes time. And I want to write my own music. I want to be able to perform songs I wrote myself, songs that come from a personal place and mean something to me. And musicians, of course, are people. They need time to themselves, time with family. I have to at least take a day off to wash my clothes.”

While Blunt may kid about having Phoenix write music for him, he actually received a boost on his new single “Bonfire Heart” with the help of an old friend, OneRepublic frontman Ryan Tedder, who previously co-wrote two songs on Some Kind of Trouble and has developed somewhat of a Midas touch with recent hits for the likes of Adele, Ellie Goulding, Beyoncé and Maroon 5.

“We work together so well,” says Blunt of his relationship with Tedder. “So well in fact that I climbed on his tour bus through Amsterdam and Luxembourg, and I was a OneRepublic groupie. I didn’t have to put out though,” he professes with a slight chuckle. “But that’s how we created ‘Bonfire Heart,’ which I believe has a beautiful message about the human condition, that no matter who you are, where you’re from, black or white, man or woman, gay or straight, or Muslim or Christian or Jew, we’re all really the same.”

Although “Bonfire Heart” carries a noteworthy message, another powerful ballad gleams with Blunt’s signature, poetic lyricism, while aching with such sorrow: “Miss America,” a track the singer says was inspired by the late Whitney Houston.

“I never really meant to make such a big deal of it, but her story is not uncommon,” admits Blunt. “Nowadays, you have examples of that—Princess Diana or Amy Winehouse or Michael Jackson. These people we adore who leave far too soon. There was something about Whitney, it drew us to her. And then we got caught up in the backstory.

“We read online, bought the magazines, and with every click and every penny spent, it led to more digging and more pictures being taken, until she—the human being—became smaller and her issues and flaws became magnified. And it’s tragic. But the song is about an incredible person, an incredible talent, and how we all spectated and in some ways, for many people, enjoyed spectating.”

Fully aware of the commercial success any other musician might want at this stage in their career, Blunt instead hopes he has put together a record that reveals his heart and soul.

“I don’t care about the charts and all that madness,” he says earnestly. “I had a guy message me and tell me, ‘I’m getting married in a month and I’m playing ‘Bonfire Heart’ for my first dance with my wife.’ And that means the world to me, to know that a song so personal to me and so close to my heart connects with someone so much that they’ve made it a part of the most important day of their life. And maybe something like that isn’t all that incredible to some people, but for me, those are truly the real career milestones.”