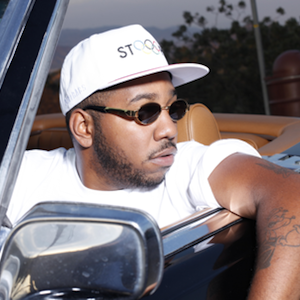 Chuck Inglish, one-half of The Cool Kids, is gearing up for the release of his full-length solo debut Convertibles, due out this fall via his own Sounds Like Fun imprint in conjunction with Dave Sitek's boutique label Federal Prism.

Listen below to "Swervin," featuring Sir Michael Rocks, via Noisey: