fun.'s "We Are Young" Takes Top Spot on Chart 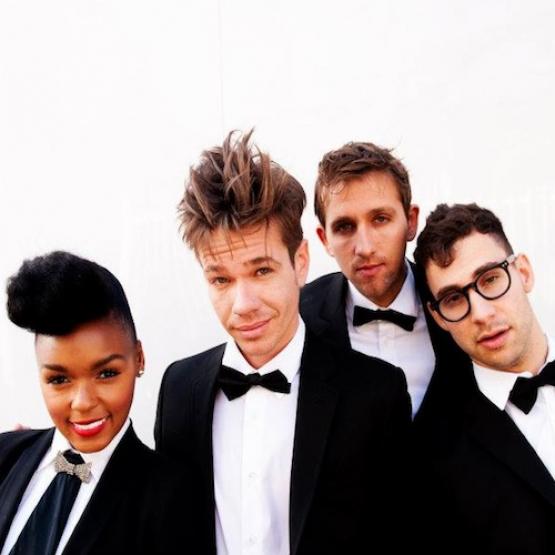 fun. becomes the first rock band in more than a decade to send a debut Billboard Hot 100 hit to No. 1, as "We Are Young," featuring Janelle Monae, ascends 3-1--knocking Kelly Clarkson's "Stronger" from the top spot.

The song spends a third week atop the Digital Songs chart with 302,000 downloads sold (up 19%), according to Nielsen SoundScan. "Young" rises 3-2 on the Alternative Songs radio airplay chart and roars in as the top debut on Pop Songs (No. 24) and Adult Pop Songs (No. 33).

With its coronation, fun. becomes the first multi-member rock band to conquer the Hot 100 with its first entry on the chart since Nickelback arrived with its four-week No. 1 "How You Remind Me" in December 2001/January 2002.

Read more about fun. in the Variance cover story 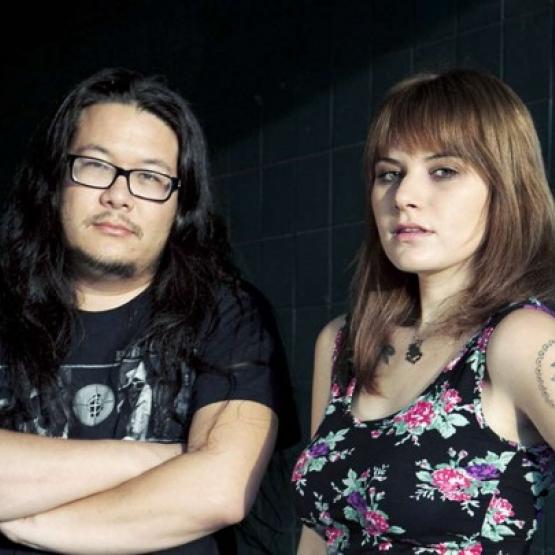 Best Coast have announced full details of their second studio album, which will be titled The Only Place. The album, which is the follow-up to their 2010 debut album, Crazy For You, has been produced by Jon Brion, who has previously worked with Kanye West, Rufus Wainwright and Of Montreal and will release on May 15.

The record contains a total of 11 tracks and includes "Up All Night," "How They Want Me to Be" and "Dreaming My Life Away," which have all been previously released.

Read the full story from NME

fun. Has No. 1 New Album in the Country 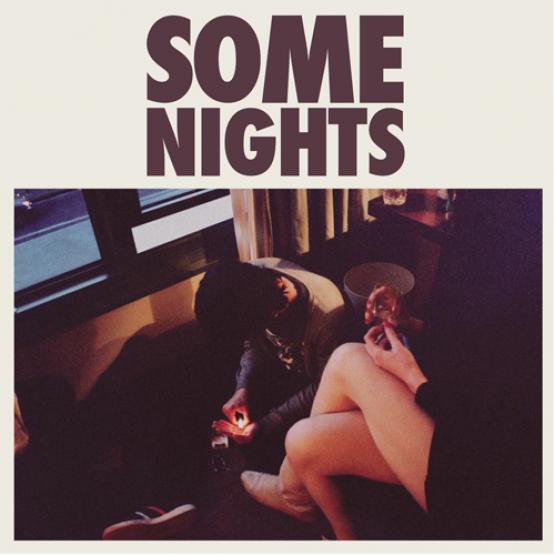 It's official: fun.'s Some Nights is the top-rated new album in the country this week. 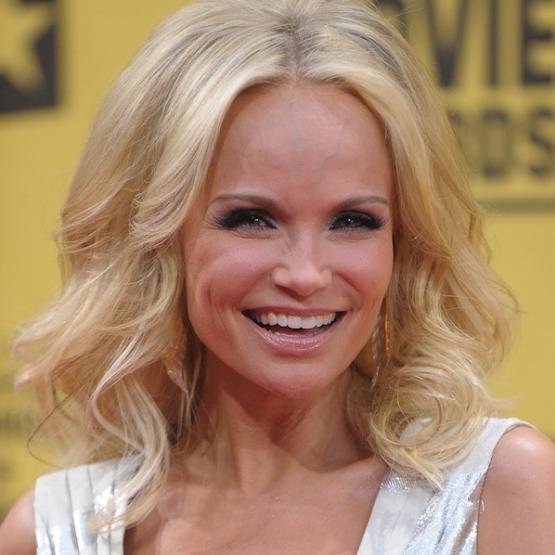 Kristin Chenoweth is taking the long way home. The Tony Award-winning singer and actress announced Wednesday that she'll kick off her first ever concert tour on May 9 in Seattle and it will end June 24 in Broken Arrow, Okla., the town she grew up in.

"I've sung all over the place but I've never committed to a tour because of my schedule," said the petite beauty with the powerful pipes. "So now I'm finally doing it."

According to the Associated Press, Chenoweth's 19-city North America tour will hit Los Angeles, Denver, Detroit, Philadelphia, Boston, Dallas, Toronto, New York, Nashville and Atlanta, among other cities. In her hometown, the main 1,500-seat stage at the Broken Arrow Performing Arts Center will be renamed in her honor.

Mark Frie, the arts center's executive director, said Broken Arrow has been looking for a way to honor Chenoweth since the facility opened its doors three years ago. "We're excited to welcome her home," he said.

Chenoweth, who recently made appearances on Glee, stars in the upcoming new series GCB, which premieres Sunday on ABC. 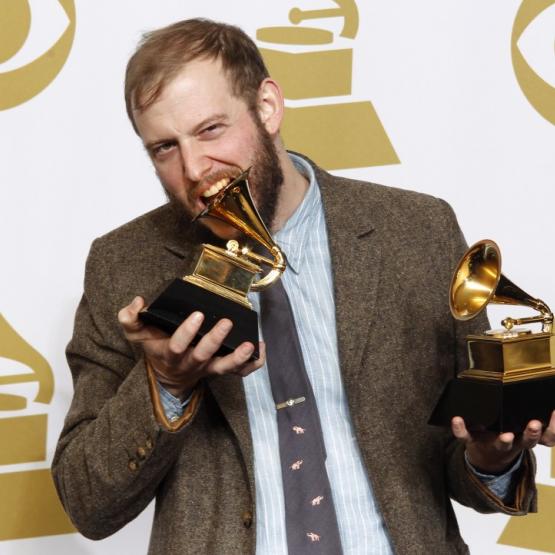 Bon Iver has released the new music video for "Towers," in addition to adding new tour dates including The Red Rocks with Feist.

Of the new video, Elderkin said: "When Justin sent me a breakdown of what certain parts/lines of the song meant to him I did my best to decode it and curate into something simple, and hopefully the viewer can take from it their own feeling of what the towers represent. It was shot up in Washington state, mostly on Indian-preserved land, and our actor's name was Mystic. He seemed to be very tuned into the land, and when he said he was also willing to fall into the freezing cold ocean up there (seems a bit sharky too), I knew he was my guy."

Keane Announces New Album Set to Release in May 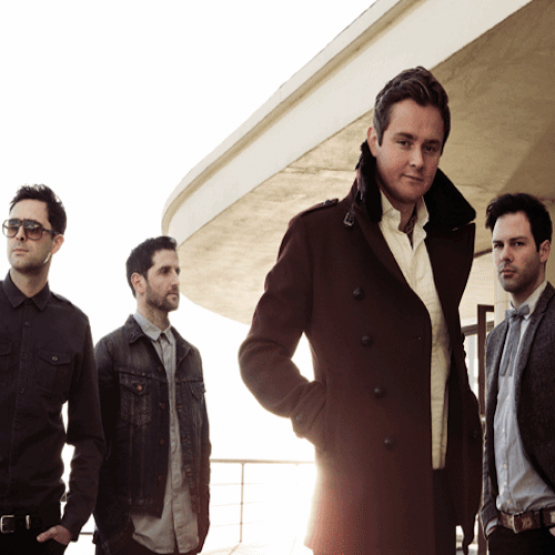 British alt-rockers Keane have announced that its fourth album, Strangeland, will be released on May 8 in the U.S. on Cherrytree/Interscope, and one day earlier in the U.K. The follow-up to 2008's Perfect Symmetry will be supported by a spring tour, with dates still pending.

Billboard reports that the label is considering releasing the soaring "Silenced By The Night" as the first single in the U.S., while another song, "Disconnected," will be serviced to the band's U.K. fans. "We're going to shoot videos for both," says Cherrytree Records Chairman Martin Kierszenbaum, adding that the double-single strategy can work for "artists with a global fan base" like Keane. 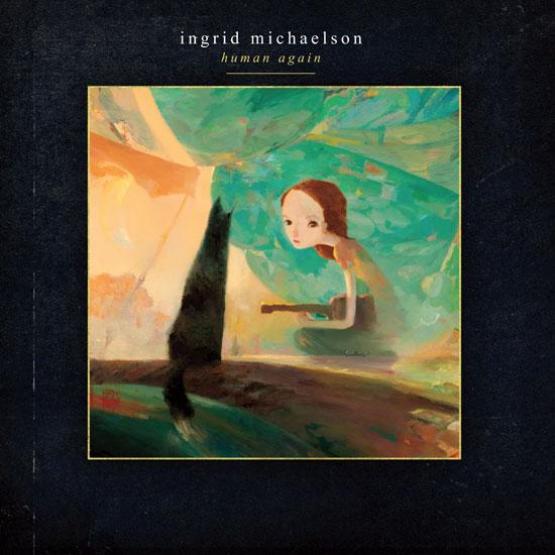 Only about 12 hours ago, Ingrid Michaelson released her latest album, Human Again, to the public. And in that short span of time, it has already topped Adele's 21 as well as the new album (also released today) from Tim McGraw. The No. 1 slot has changed consistently throughout the day as Michaelson and Adele battle other albums which also released this week. Kari Jobe's Where I Find You and Lamb of God's Resolution are also in the top five. (It's an interesting mix for today's Top Charts!)

Congratulations to Ingrid Michaelson on the early success of this latest LP! She discusses Human Again and more in the issue of Variance.

The Civil Wars' 'Barton Hollow' Flies to No. 10 on Charts 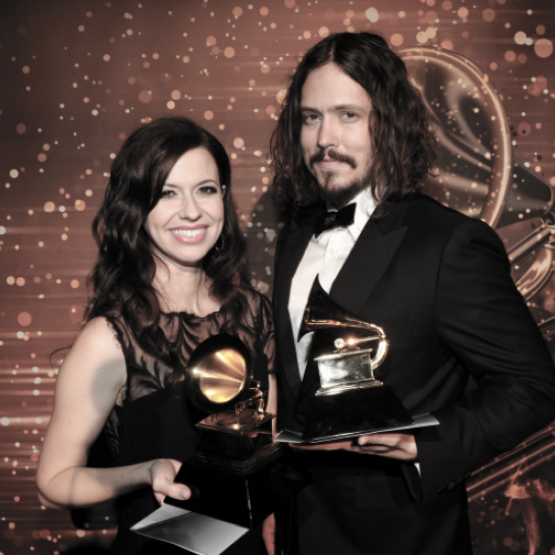 Whitney Houston's Whitney: the Greatest Hits climbs from No. 6 to No. 2 in the first full week after the singer's death on Feb. 11. The album sold 175,000 for a 174% gain. It's the best sales week (and highest charting position) for the set, which was first released in 2000. (Houston has a total of seven albums on the chart this week.)

Get the detailed scoop on this week's charts from Billboard 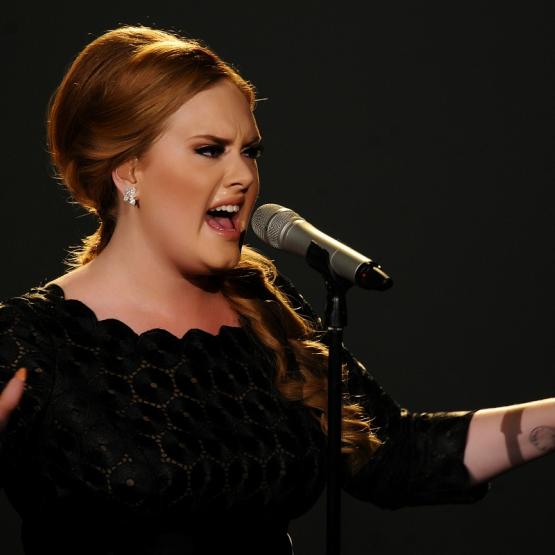 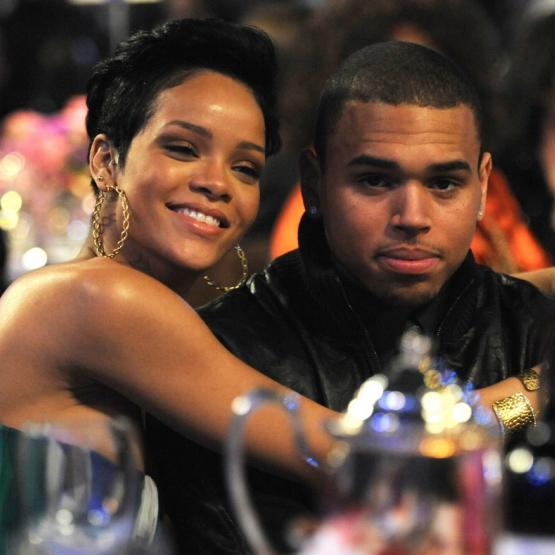 So not only is Chris Brown lustily serenading Rihanna on the remix of her song "Birthday Cake" but she appears on a new version of his song "Turn Up the Music," complete with giggles at the end — presumably because they were having such a great time sending completely insane, mixed messages to anyone listening.

In "Birthday Cake," Brown makes far from a subtle entrance, declaring his intents from the first line. As a mere collection of sounds and beats, it's provocative, but as a message to any thinking person who's been following their case, it's very confusing.

We're not linking to the songs by choice, but you can find them online and decide for yourself how you feel about the new mixes. Is this a true sign of romance or simply two pop stars who are willing to milk their domestic abuse past for more fame and/or notoriety?

Maya Rudolph a Hit on SNL; Lindsay Lohan on March 3 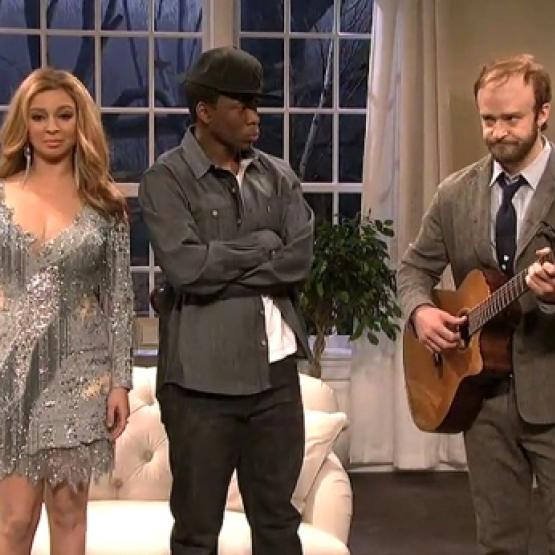 Maya Rudolph returned to her old Saturday Night Live stomping grounds as host and got a little help from friends Amy Poehler and Justin Timberlake.

After a "14-month hiatus," the latest installment of "Bronx Beat" reunited Rudolph and Poehler. Although Rudolph couldn't do her famous impression of the late Whitney Houston, she did spoof singer Beyonce for a sketch on the world's most famous new single lady, Blue Ivy Carter. The sketch included plenty of "celebrity cameos," but Justin Timberlake certainly stole the show as Grammy winner Justin Vernon of Bon Iver.

The episode was overall a hit, dominating most of the Trending Topics on Twitter on Saturday night. Vernon, who was surprised by the parody while watching the show, even tweeted his reaction: "I was just watching SNL and JT did a Bon Iver hilarious thing! Also, Maya Rudolph saying 'bon iver' is enough. I can die now!!!"

It was a great night for SNL and it looks like the next new episode will be just as big--if not bigger. The show announced Saturday that Lindsay Lohan will host on March 3 with musical guest Jack White of The White Stripes. 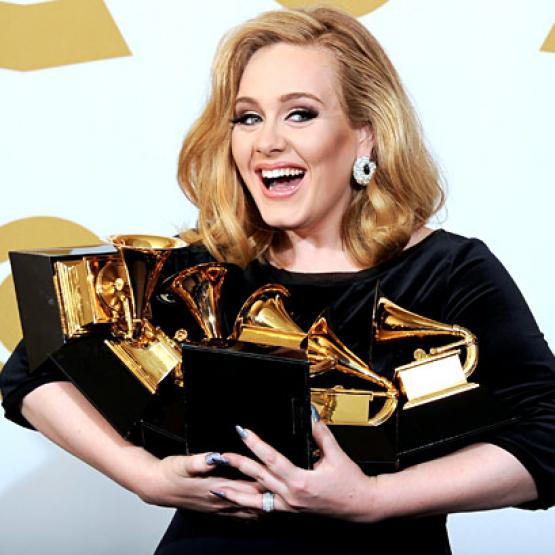 Adele's 21 is shaping up to have an even bigger week than first thought.

Presently, the set is now projected to sell somewhere in the range of 650,000 to 680,000 by week's end on Sunday, Feb. 19, according to industry sources (up from the half-million-plus forecast Billboard previously reported).

Next week, 21 will mark its one-year anniversary on the chart -- a list where it's never left the top 10 in a single week. It will also notch its 21st week at No. 1 and surpass the 7 million U.S. sales threshold. Currently, its sales stand at 6.62 million.

It will also be 21's biggest sales week, period. Its highest frame came over the Christmas holiday, when it shifted 399,000 units.

The Civil Wars' Barton Hollow could find itself jumping into the top 10 for the first time next week, as it stands at No. 8 on the Nielsen SoundScan Building chart. The duo had a short performance on the Grammy Awards -- as a prelude to introducing Taylor Swift to the stage -- and it is clearly resonating with consumers.

Rounding out the Building tally's top 10 is the Fray's Scars & Stories.

SoundScan's Building chart does not include catalog (older) albums, so Adele's 19 is absent from the list. However, Billboard expects that 19 will feature in the top five of the Billboard 200 chart next week. (The Billboard 200 includes both current and catalog titles.)

Read the full story and view the present Building top 10 list at Billboard.com