The Black Keys Ready to Get Back in Studio 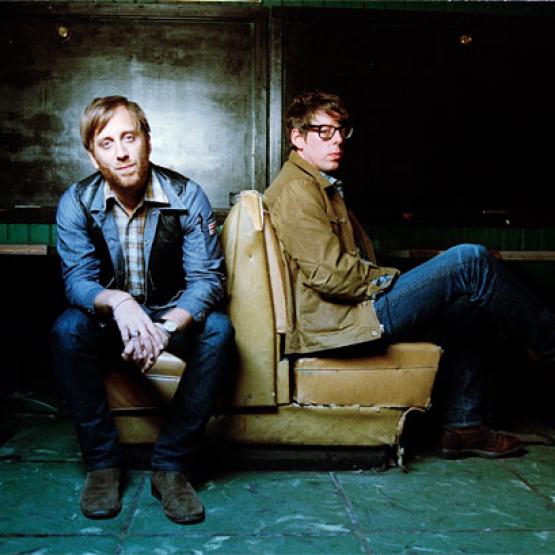 El Camino isn't three months old yet and the North American tour hasn't even begun, but the Black Keys' next album is "already on the books," according to Dan Auerbach.

"We don't know when it would come out, but we want to try to get in the studio this year just to start working," Auerbach tells Billboard.com. He's not hazarding any guesses about what the group's eighth studio effort will sound like, however. "We won't know 'til we get in there. We don't get to practice together on the road. We're always trying to write and keep ideas going, but where we're most comfortable is in the studio. I can't wait to get back in there."

Read the full story from Billboard.com 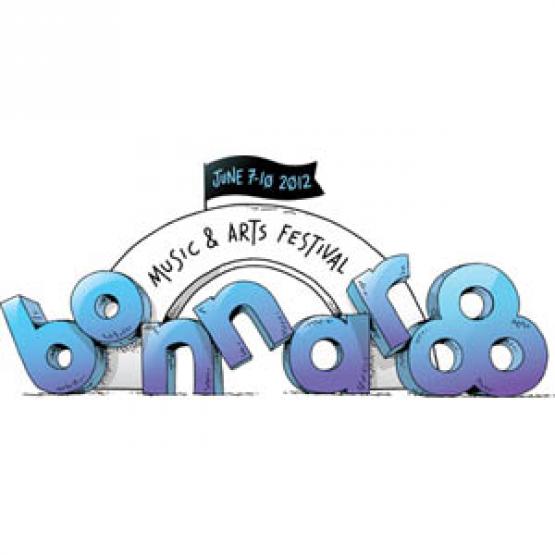 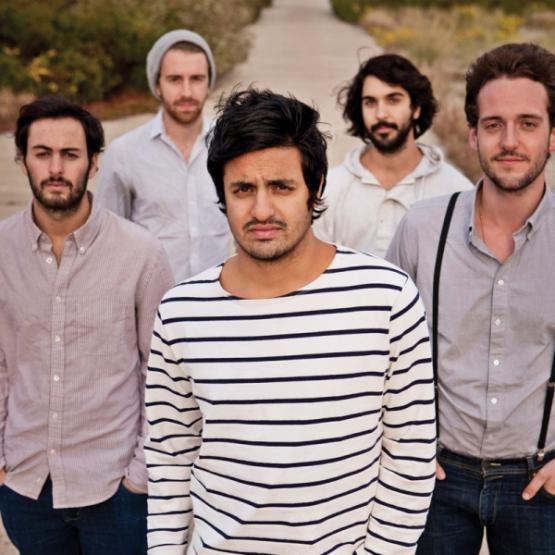 NEW YORK, NY – Young The Giant’s hit single “Cough Syrup” will be featured in the opening scene of the winter finale of Glee February 21 on FOX. Things heat up as the New Directions go head to head with the Dalton Academy Warblers at Regionals.

Young The Giant has garnered massive critical acclaim for their album and their energetic live performances at festivals and shows all around the world. They just kicked off their sold out 2012 headline tour in San Francisco on February 9, 2012.

Young The Giant was the only rock band to perform at the 2011 MTV Video Music Awards, and have performed on MTV Unplugged, The Tonight Show With Jay Leno and Jimmy Kimmel Live! among others. Their first single, “My Body,” peaked at #4 on the alternative chart while their second single, “Cough Syrup,” reached #2 on the alternative chart; “Apartment,” Young The Giant’s third single is continuing along the same path as it climbs up the charts. Hear them perform these songs and more as their headline tour continues to move across North America through mid-April; catch them at Bonnaroo in June and at Central Park Summerstage on July 16, 2012.

Check them out in our October 2011 cover story. 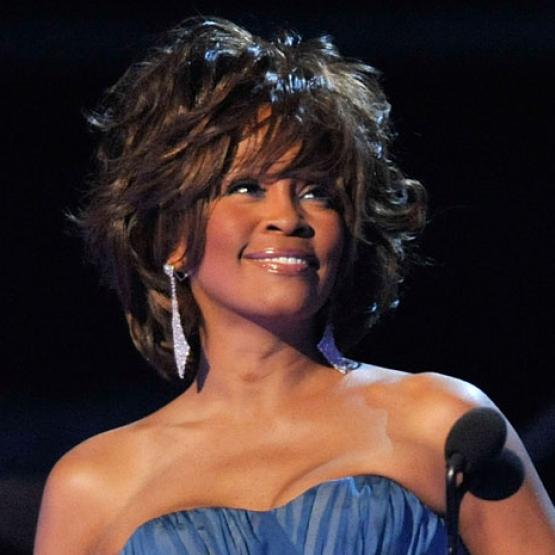 "I Will Always Love You," Whitney Houston's biggest hit, sold 195,000 downloads in the week ending Sunday, up from 3,000 copies the week before, according to Nielsen SoundScan. Presumably, most were sold after the singer's death Saturday afternoon (a sales window of one day).

"Always" appears for the first time ever on the digital songs chart at No. 6, according to Billboard, which also notes seven other Houston tunes that landed on the list.

Consumers bought 887,000 digital tracks by Houston, more than in all the preceding weeks of 2012 and all of 2011 combined, Billboard reports. A higher tally is expected after sales from a full week (ending Feb. 19) are tabulated.

Why Didn't Skrillex Perform at Grammys? 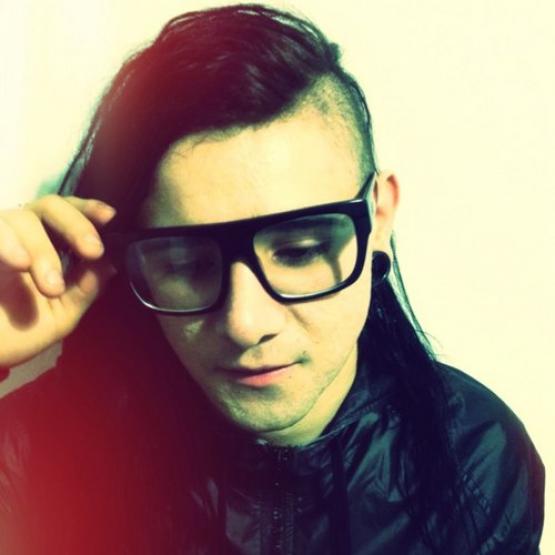 While Skrillex was raking in the awards as DJ/producers David Guetta and Deadmau5 performed on a banner night for dance music, the wub-master's stage absence felt a little puzzling. According to Billboard, the Scary Monsters and Nice Sprites DJ revealed that although he was offered a performance, time constraints pressured him to turn it down.

Last night was a huge one for Skrillex, as the 24 year-old walked away with three Grammys, including Best Electronic/Dance Album. 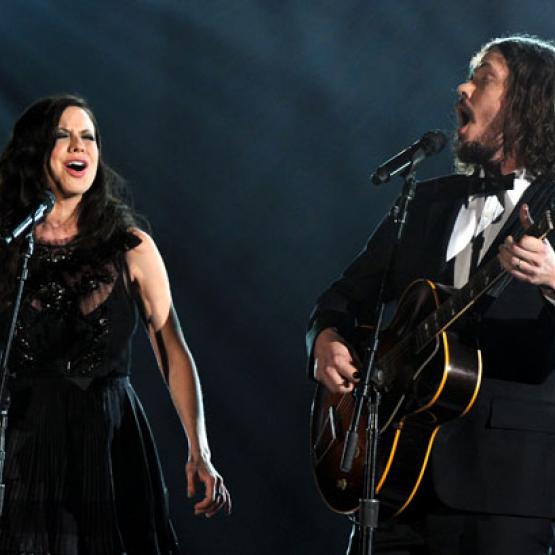 A big week for The Civil Wars gets even bigger.

After snagging two Grammy awards on Sunday night for Best Folk Album and Best Country Duo/Group Performance, the duo (Joy Williams and John Paul White) performed part of their hit song "Barton Hollow" before introducing Taylor Swift. The video for their song with Swift, "Safe & Sound," which is featured on the Hunger Games soundtrack, premieres on MTV Monday at 7:54

Although The Civil Wars only performed 60 seconds of their song during Sunday's telecast, their album Barton Hollow has already skyrocketed back to No. 5 on iTunes, and as if that weren't enough, Williams announced backstage Sunday night that she and husband Nate Yetton are expecting their first child.

Watch a preview of the "Safe & Sound" video here.

Walk Off the Earth Signs to Columbia Records 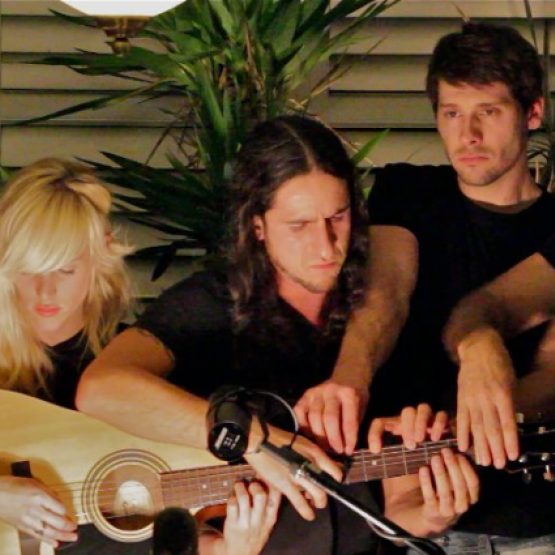 Canadian indie band Walk Off the Earth posted a video covering Gotye’s “Somebody That I Used to Know” last month, and it has since been viewed on YouTube nearly 50 million times. The clip shows the band playing on a single guitar. One strums the guitar while the others tap and pluck along. Now the band — which has been together for nearly six years — has earned itself a record deal with Columbia Records, according to Mashable.

The captivating video caught the attention of Russell Crowe and Alyssa Milano, who tweeted the cover to their Twitter followers, and the band recently performed on Ellen. Even Gotye — the Belgian-Australian singer songwriter — has cheered on the band.

Gotye’s original version — uploaded to YouTube in July 2011 — is still beating out the cover with nearly 65 million views.

Read the full story on Mashable 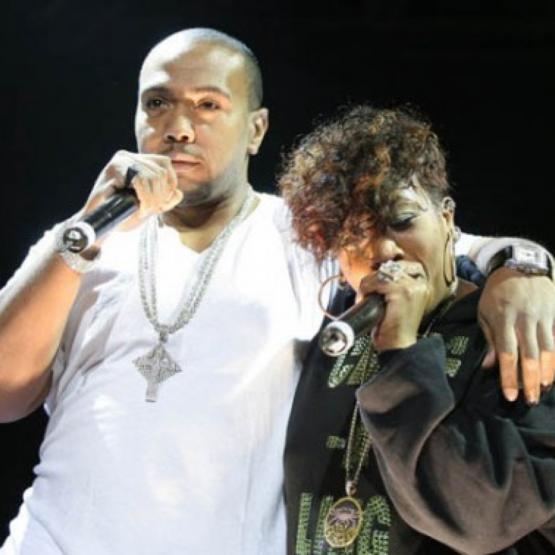 Timbaland has revealed that both he and Missy Elliott will release new albums this June. In an interview with MTV, the producer claimed that he would put out the follow-up to his 2009 album Shock Value II this summer, and also said that Elliott would be releasing her first album since 2005's The Cookbook.

"Me and Missy are both coming with our albums at the same time," said Timbaland. "And it will be in June. Right now, we're preparing to get both our videos, our first singles, shot kinda at the same time. We want to do it as a movement and spontaneously."

Read the full story and watch the video from MTV 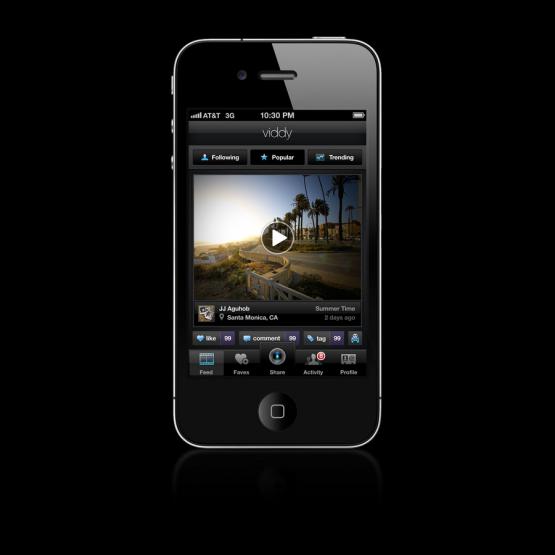 According to AllThingsD.com, Viddy — which makes an iOS app that has attracted celebrity users like Snoop Dogg and Linkin Park, and limits video clips to 15 seconds — has now raised a $6 million Series A round led by Battery Ventures and including Greycroft Ventures and Qualcomm.

Viddy CEO Brett O’Brien says his company is stronger than the competition, for a few reasons: First, Viddy’s in-app editing effects — which include 99-cent premium promotions for content from partners like The Muppets and Linkin Park — help make compelling, shareable content. Second, the Venice, Calif.-based company is trying more of a public Twitter-like approach than a private social network, so the star users it recruits can bring in their fans. Third, Viddy seems to have already built a pretty significant audience — with a reported 40 million video views in January.

Read our full feature on Viddy from our October issue. 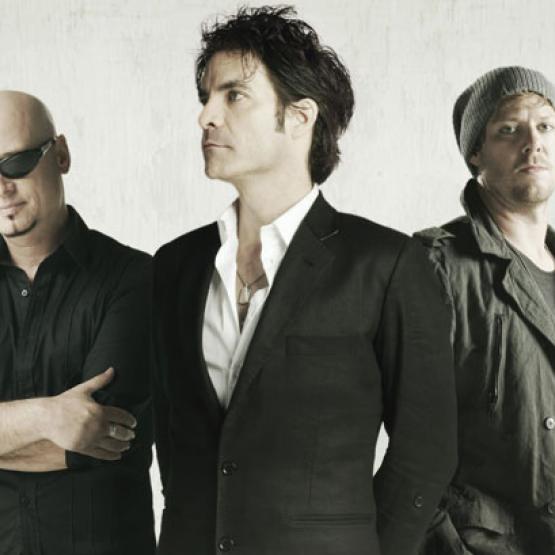 The pop-rock trio Train announced California 37 and April 17, 2012 as the title and release date of their sixth album on Tuesday (Feb. 7). The group, which scored a huge hit in 2010 with "Hey Soul Sister," has previewed their new album with first single "Drive By," which is current at No. 17 on the Adult Top 40 chart.

"We've had a lot of songs on the radio since the beginning of the band but never one that moved so quickly," frontman Pat Monahan told Billboard.com last month. "It's kind of strange how Triple A and hot AC and pop radio are all embracing 'Drive By' with this incredible enthusiasm. We're not used to that kind of thing."

Train recorded California 37 in San Francisco and Los Angeles with Butch Walker and Espionage, and Monahan says that a majority of the writing happened while the group was touring. "I didn't spend 3 months or 5 months writing, I just wrote throughout the course of the last 3 years," says Monahan. "We have 13 songs that we've recorded and I want to hear every single one of them over and over again." 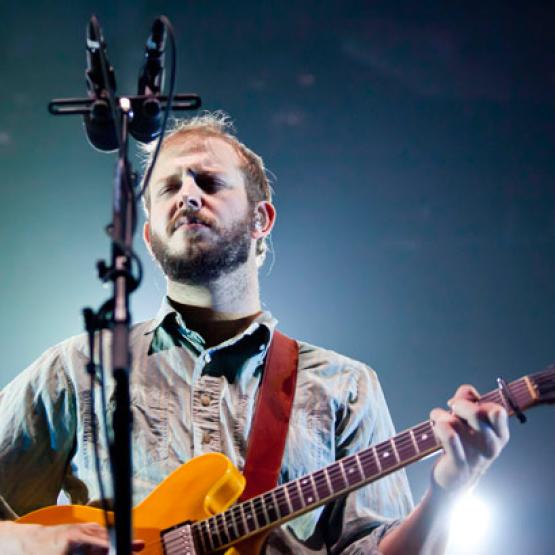 Bon Iver may not be performing at the Grammys, but Billboard reports the indie-folk group will be performing for fans this spring. Fresh off their "Saturday Night Live" spot last week, Justin Vernon and co. have announced a short run of April tour dates surrounding Coachella. The eight-date tour kicks off April 12 in Las Vegas and finishes up at the New Orleans Jazz & Heritage Festival on April 27, stopping throughout California and Arizona along the way.

The April U.S. run will follow the band's previously-announced tour through Australia and New Zealand in March.

The band's frontman, Justin Vernon, recently hinted that a collaboration with Alicia Keys could be on the horizon, though a follow-up to 2011's critically-acclaimed self-titled effort could be a year in the making. 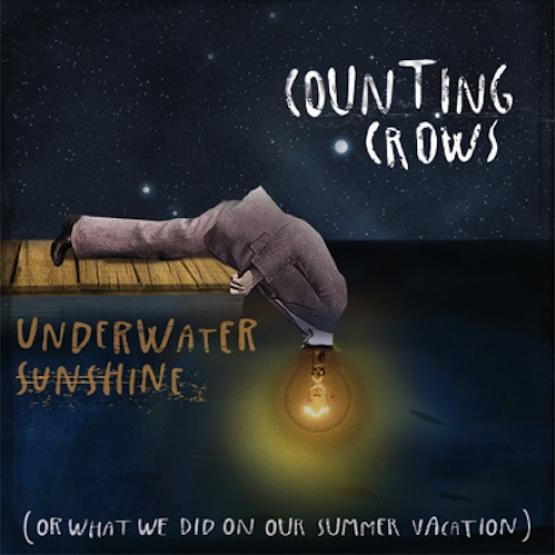 According to their website, the Counting Crows, who amicably left longtime label Geffen Records in 2009 to make music independently, will release their first full-length in four years -- titled Underwater Sunshine (or What We Did on Our Summer Vacation) -- on April 10. But fans will get a first listen long before, when the Bay-area band streams the covers album in its entirety through Spotify and elsewhere online, including select radio stations.

"We don't want to keep it from people, I think we want to get it to people," frontman Adam Duritz told Billboard.com about the record, comprised of mostly obscure covers from Bob Dylan, Big Star, The Faces and more (full track-listing below).

"You can either try to treat the Internet like it is a big drain sucking your profit down the tubes, or you can realize it's also a conduit," he said. "There's got to be a better way than just bemoaning the loss."

The album represents Counting Crows' first effort in the Facebook/Twitter era, in which more powerhouse labels are passed up in favor of boutique management operations that help connect musicians directly with their fans. Beverly Hills-based independent label Collective Sounds will issue Underwater Sunshine digitally and on CD/vinyl.