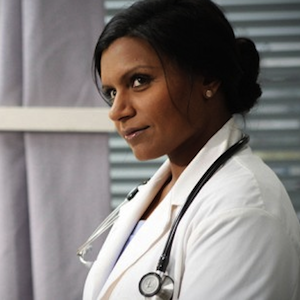 Good news for fans of Mindy Kaling's debut solo venture The Mindy Project. Fox has given the comedy a back nine, bringing the total episode order to a full season of 22.

Fellow freshman series Ben and Kate also received an additional six episodes. Fox entertainment chairman Kevin Reilly said in a statement: "Ben and Kate and The Mindy Project have everything we want to stand for in comedy: smart writing, hugely appealing casts and comedy that feels contemporary and real—which is why we’re confident they will continue to build on what is already an appointment comedy night for young, influential audiences on Tuesdays.”

Neither comedy has brought Fox any major ratings, but they have both seen small amounts of audience increases in week 2 of the season.