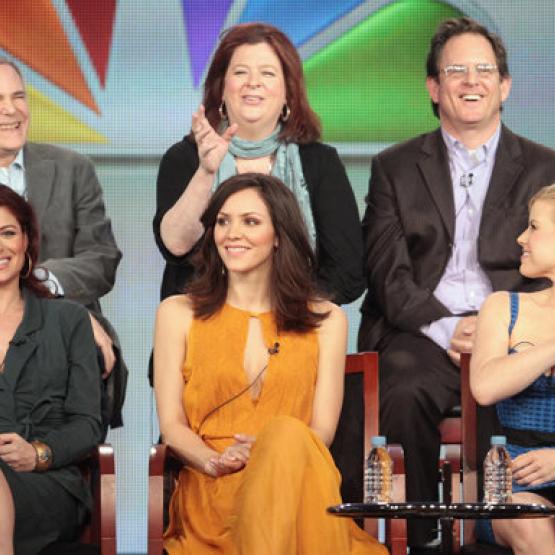 NBC will begin streaming one of its biggest hopes for midseason, the Broadway drama "Smash," three weeks before it premieres on-air.

The strategy is becoming increasingly popular as a way of building buzz: It worked well for Fox in the fall, when it began streaming "New Girl" two weeks before it aired. (The show has been one of the biggest hits of the season.)

"Smash" -- which stars "American Idol" runner-up Katharine McPhee, Megan Hilty, Debra Messing and Anjelica Huston -- debuts Monday, Feb. 6, after "The Voice." But it will first be available for streaming Monday, Jan. 16, on all of NBC's digital download partners, including iTunes, Amazon, XBox, Playstation, and Vudu.

The next week, beginning Jan. 23, it will begin streaming on NBC.com and Hulu.

NBC entertainment chairman Bob Greenblatt made the announcement Friday at the Television Critics Association winter press tour, saying some details of the on-demand plan had leaked early and that he wanted to confirm additional details.

Cable networks have used early online releases before to build excitement for shows, but "New Girl" was the first network show to try it on a large scale.

Megan Hilty of "Smash," Jake Johnson of "New Girl" and Dia Frampton (runner-up of "The Voice") are all featured in the January issue of Variance.