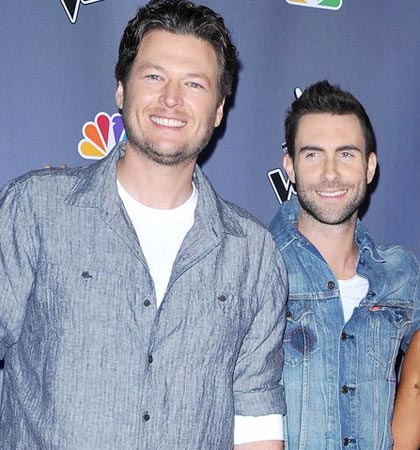 Although fans of The Voice will be forced to endure Christina Aguilera's antics once again this fall for season five of the singing competition, NBC has confirmed that the diva will break from the show the following season. Cee Lo Green, who is expected to return as well this fall, will also depart ahead of the spring 2014 season. The coaches will once again be replaced by Shakira and Usher, who apparently seem fond of their current roles.

Throughout the musical chairs, Blake Shelton and Adam Levine (easily the stars of the show, despite any previous claims from Aguilera's camp) will stay put for the next two seasons.